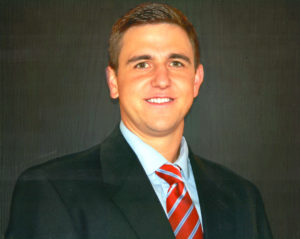 As a young child, I grew up receiving chiropractic adjustments for sinus and breathing issues, that I had been struggling with for most my early childhood. I was unable to breathe through my nose and would wake up with no voice in the mornings. After being seen by many ENT specialists with no solutions except for steroids, I began to receive regular chiropractic care and take specific nutritional supplementation to increase my bodies healing potential and function. After 3 months of regular chiropractic care my symptoms decreased significantly. I was able to play sports growing up with very few breathing issues. I also never suffered a serious injury in my athletic career and I credit that to chiropractic also. Thankfully I learned to appreciate the benefits of regular chiropractic care and knew I wanted to make a career out of it so others could benefit the way I have.

Jachin Miller, D.C. grew up on a small farm east of Minatare and graduated from Scottsbluff High School. He attended Oral Roberts University in Tulsa, Oklahoma, where he played Division I soccer for four years earning Academic All-conference awards and his Bachelors of Heath Exercise Science degree. He then attended Palmer College of Chiropractic in Davenport, Iowa, where he earned his Doctor of Chiropractic degree.

Dr. Miller is currently licensed for chiropractic and physiotherapy in the state of Nebraska. He is also a member of the Nebraska Chiropractic Physicians Association and Secure care. One of his goals is to bring wellness to the panhandle of Nebraska by educating patients on chiropractic, health, nutrition, and total body wellness.